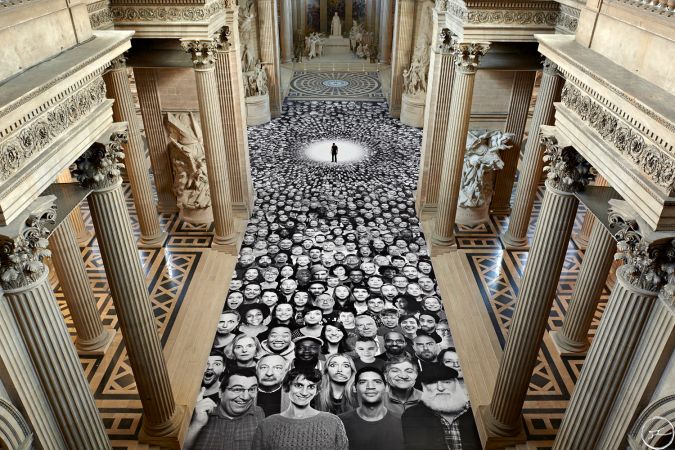 JR, an artist with the worlds largest gallery

Nowadays, as an artist, it’s hard to be recognized in just a blink of an eye. Maybe this is because everybody has easy access to the tools needed to create any kind of artistic expression and, therefore, there isn’t a big filter as, for example, there used to be at the beginning of the past century.

When you place art out of its context, does it lose value? Art, in its original context doesn’t need any explanation. You could be moved or not, you may understand it or not, but that is up to your sensitivity.

It’s hard for me to name somebody an ‘artist’ as I sometimes find more creativity in a household than in many exhibitions I’ve seen. I believe just a few artists really poses a unique, original and strong identity. JR is one of them.

It fascinates me how this man has made a strong community voice out of such a personal identity. Individuality and collectivity play around in every single project, as for example the ‘Inside Out Project‘. 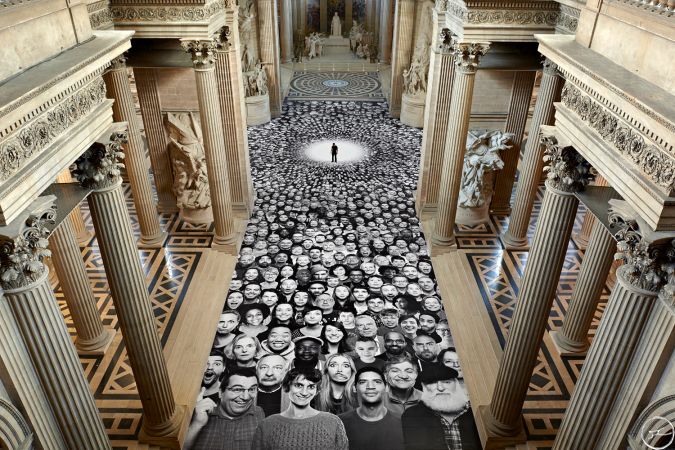 Inside Out Project, Au Panthéon! Paris 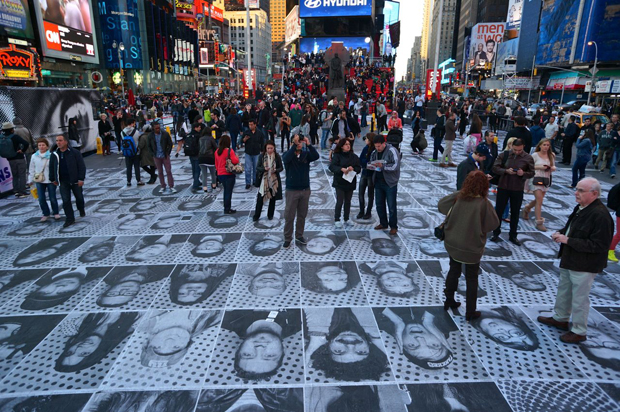 What an amazing power of attraction he has to engage and inspire people from all over the world! His ‘Face 2 Face‘ project astounds me, he’s made the largest exhibition of illegal art in the world by hanging portraits of Israelis and Palestinians on both sides of the secured wall separating the two communities. 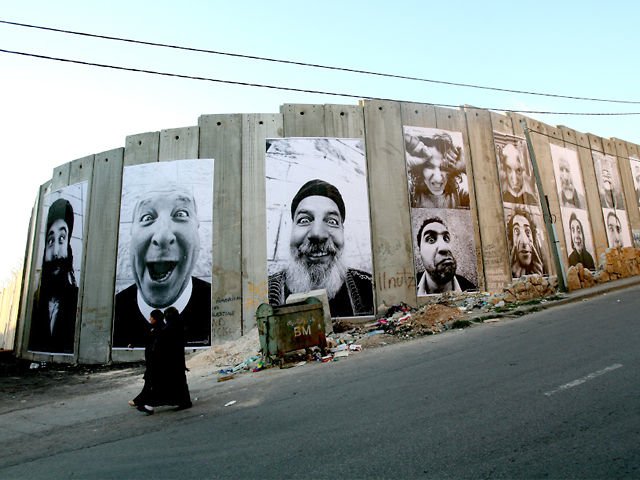 Dying to see his new film accompanied by Robert De Niro, ‘The Ghost of Ellis Island‘. 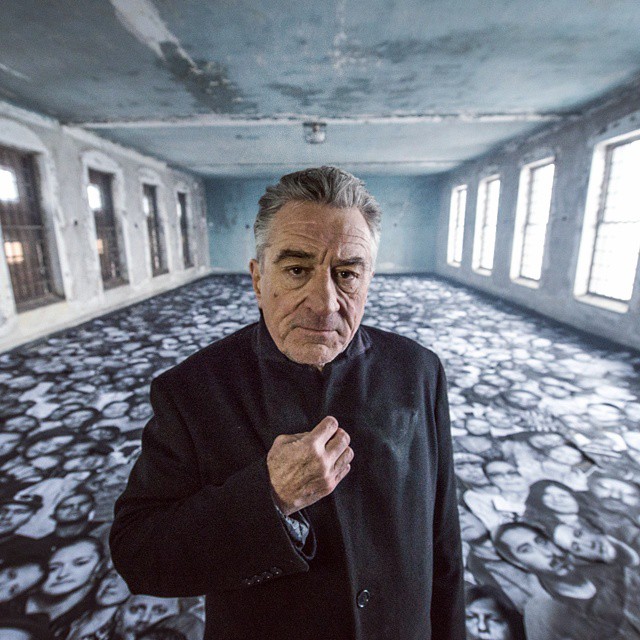 Love the angular lens in this photo and I’d like to know how he and his team work on the postproduction phase of the projects. 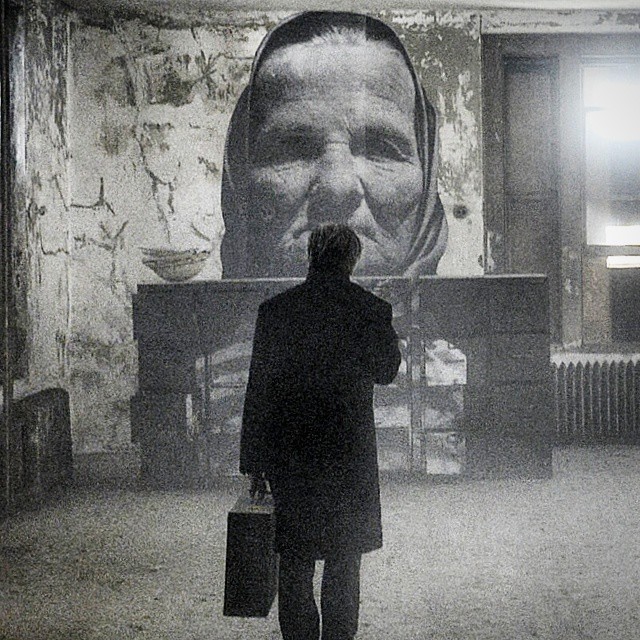 His street art doesn’t cover nor mess with the environment, but it doubles up the beauty of the place and it enlightens it up.

He’s not afraid of following his ideas to reaching his goals, however crazy they might be. I keep the message: ‘When you follow your instincts and you believe in yourself, it works’.