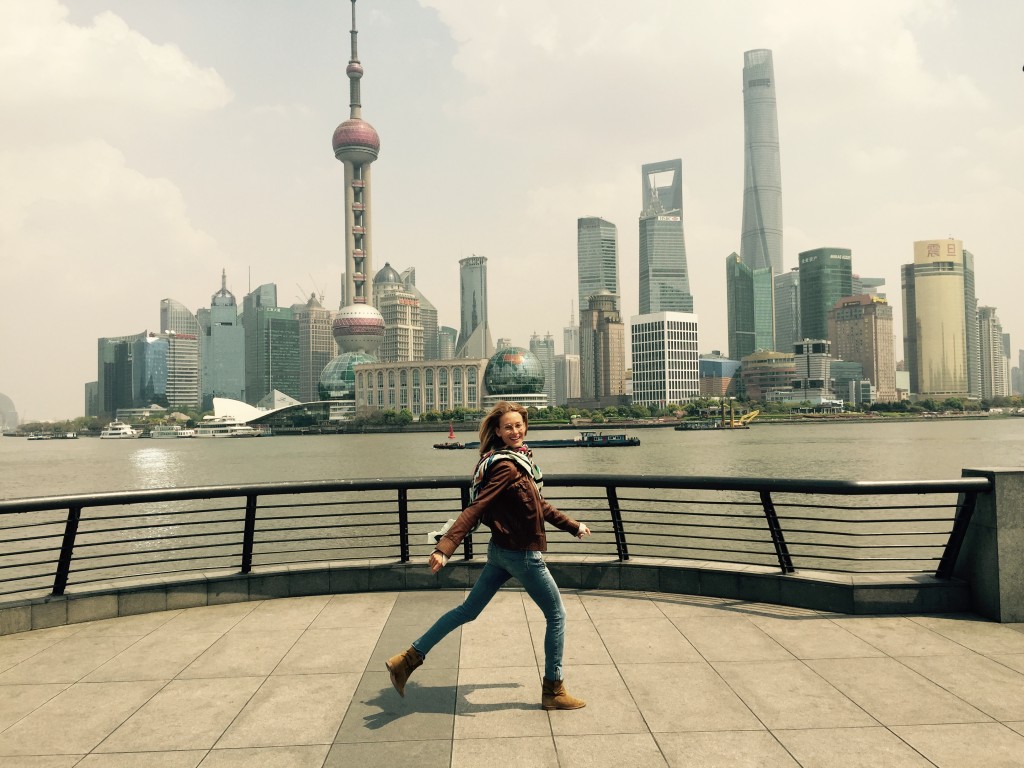 It is the second time I travel to China. Shanghai has nothing to do with what I experienced in Hong Kong, a much more comfortable city and easy to handle, where sometimes skyscrapers are swallowed by the vegetation. This city is enormous. I kept seeing concrete and more concrete on the journey from the airport to the hotel under a grey sky dirtied by pollution. Even though my first impressions were not pleasant, I was still excited of being able to accompany my partner to one of the most important world wideannual sports event: The Laureus Awards. He was named ambassador of Laureus Foundation, that works on improving children’s life through sport following what Nelson Mandela taught us, “Sport can change the world”.

When we arrived, Laureus staff gave us a warm welcome and made us feel cared in every moment. They offered us everything we needed to enjoy the city, even though we had a tight schedule that was conditioned by several events we had to attend during the following three days. Jet lag is always harder to deal with when travelling from West to East, than the other way around. Even though I handle jet lag pretty easy after attending shootings for so many years, I felt this was going to be a hard one. I forced myself to stay awake during the day, in order to adapt to local time and be able to sleep during the night. After trying Chinese breakfast at the hotel and accompanying my partner to some of the meetings he had to attend, we went downtown and explored the city during a few hours, a city that had already amazed us through the bedroom window. We walked through ‘The Bund’ along the river and enjoyed one of the city’s best view. 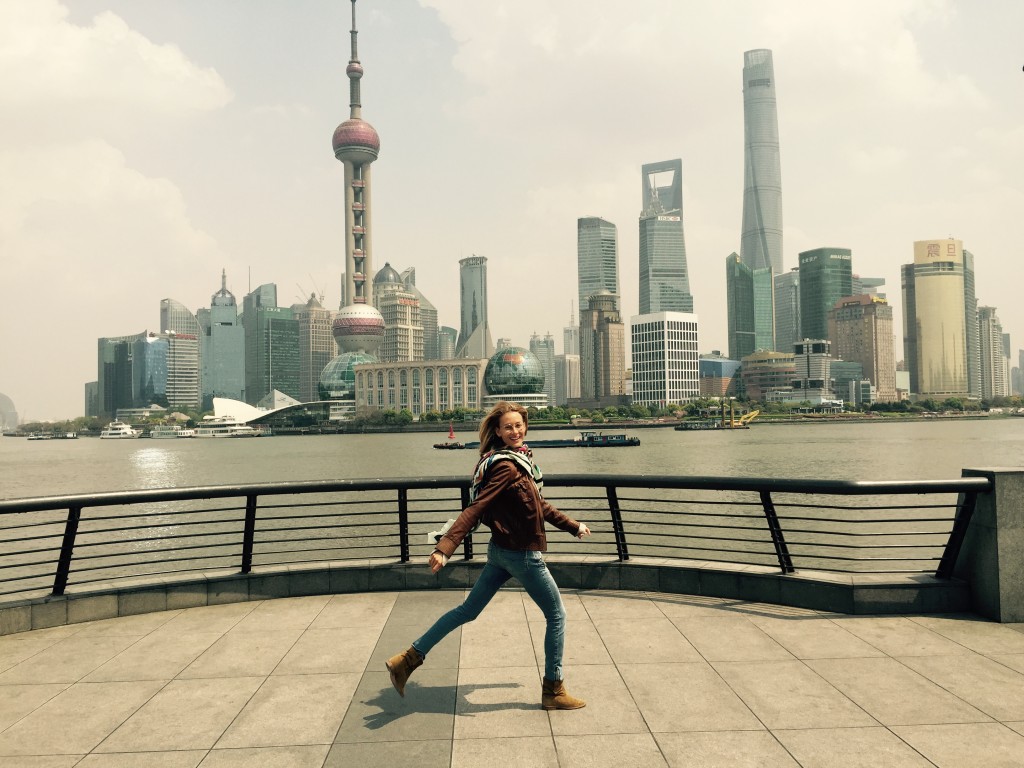 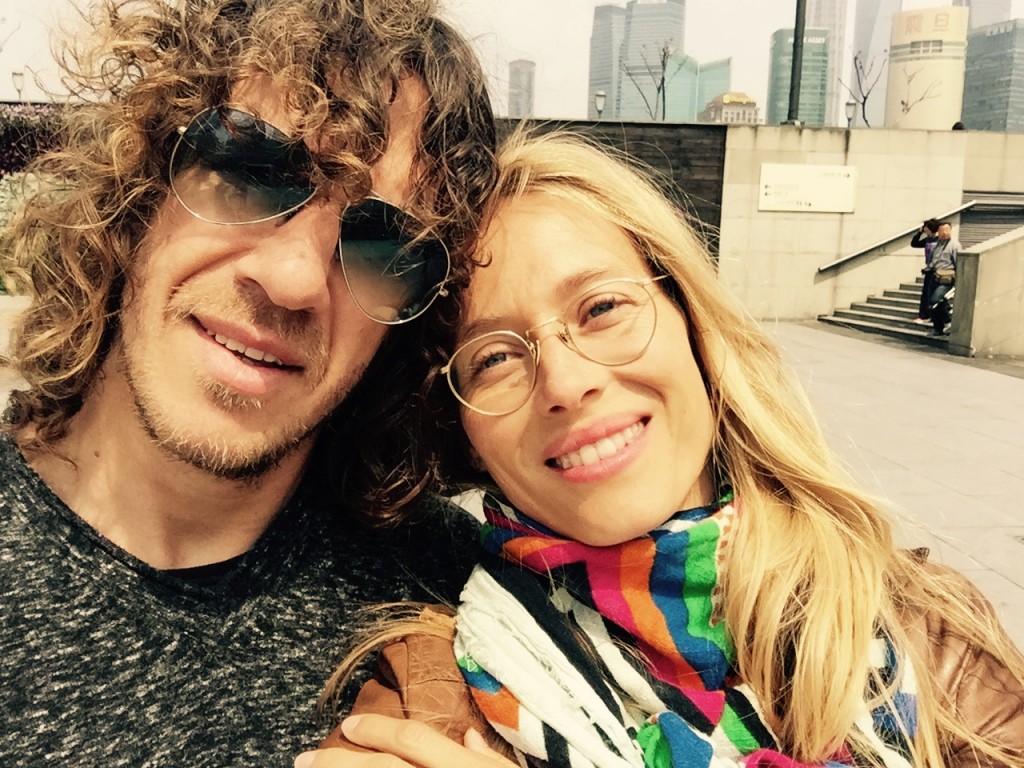 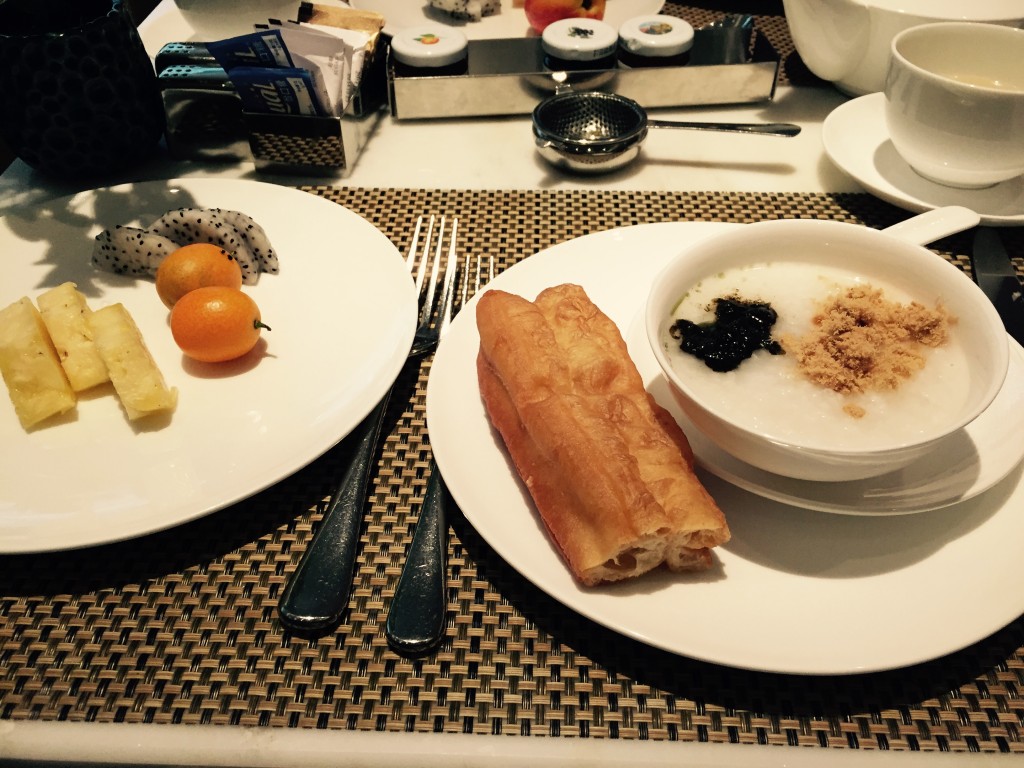 The first event we attended was institutional but very friendly. There was a cheerful Mayor surrounded by the warmth of the sports people’s. I was able to meet and speak with people from all over the world who are responsible of making this foundation work. A one-to-one ‘petit comité’.

I chose a look where my Phillip Lim ‘jewel coat’ had the leading role. 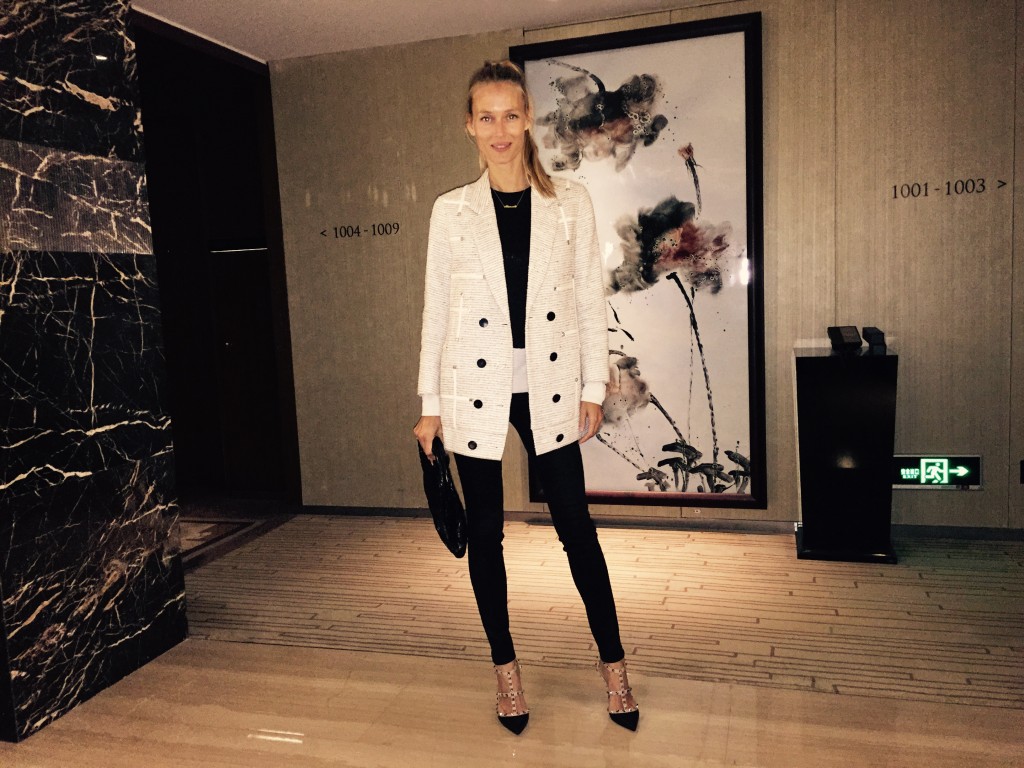 The welcome party was at the Oriental Pearl Tower, we had a taste of the exquisiteness that we were going to enjoy at the award ceremony. It was the meeting point for all nominees, Shanghai’s relevant personalities, sponsors and people related to the sport world. We ended up in one of Johann Rupert’s private clubs (Richemont group). Mr. Rupert is the man who created this foundation and is responsible for achieving the big dimensions and notoriety this event has become. Once more, as in ‘petit comité’, people spoke about travelling, sports, social engagement and even art, while we were surrounded by Giacometti sculptures.

That night I wore an elegant, masculine, rock style look that suited well with an updo, so I chose a toupé. 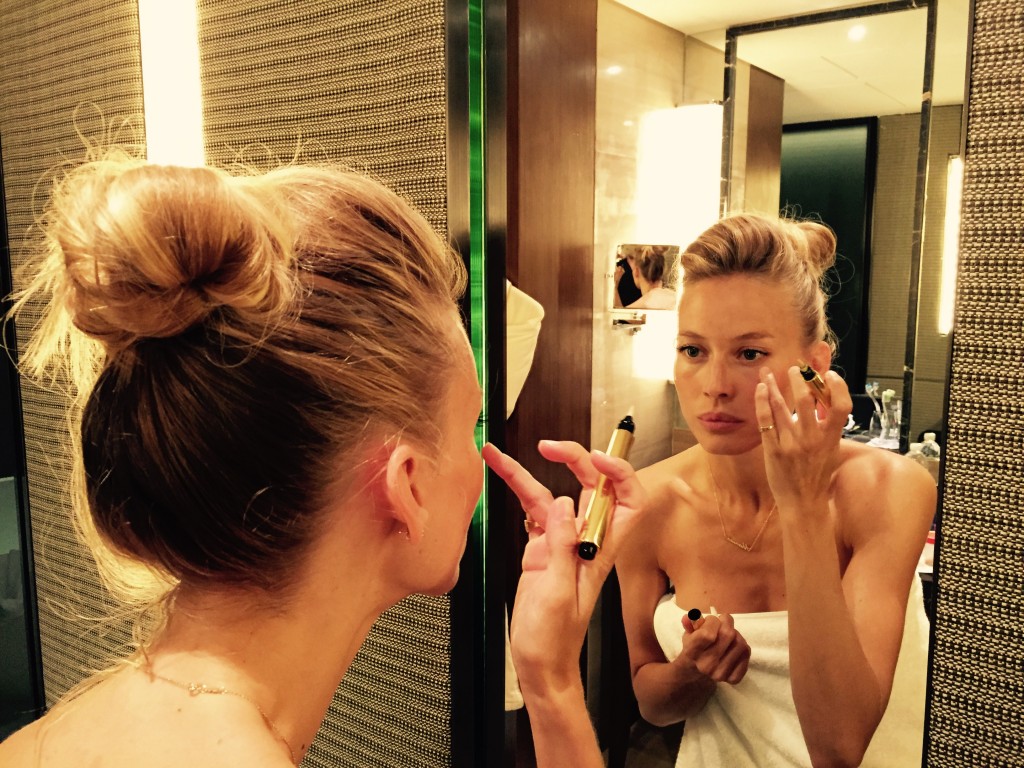 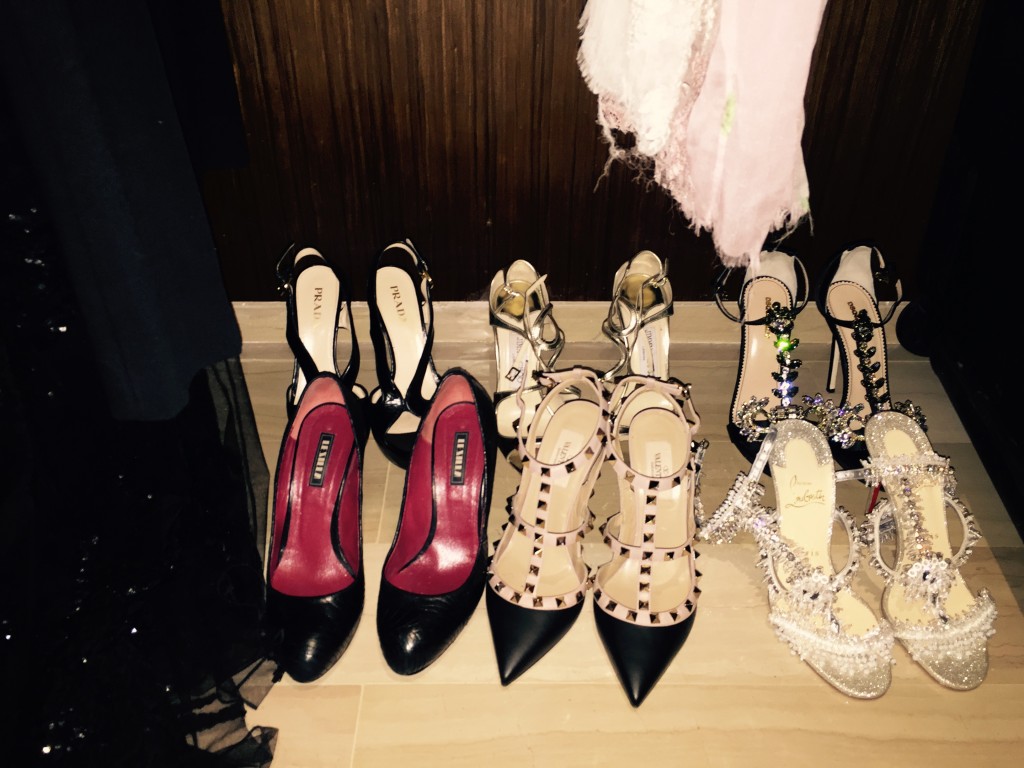 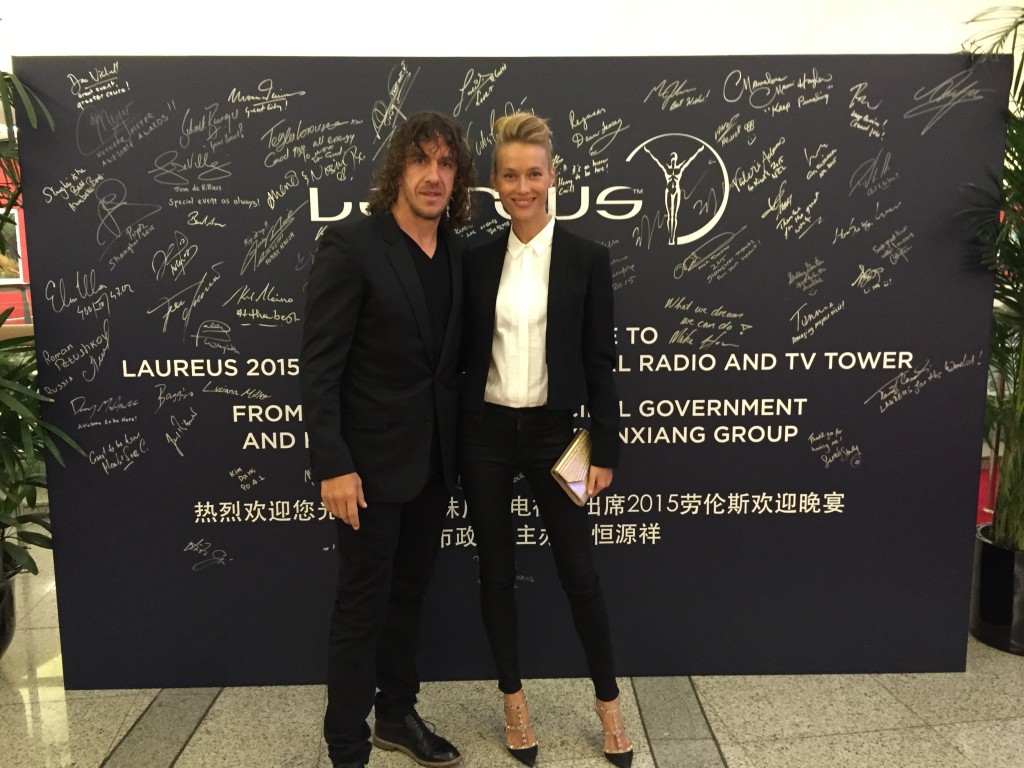 During the last day, a Mercedes Benz fleet of cars (one of Laureus’ sponsors) was driving around the city from hotels to the Shanghai Grand Theatre, where the event’s last details were being taken care of. You could feel the hustle, people were nervous but also very excited. Benedict Cumberbatch hosted the gala, with the good manners, elegance and humor that characterizes English people, not to mention his wonderful appearance. It was an emotional gala, especially for me when the mother of Tatyana McFadden, winner of the award ‘Sportsperson of the Year with a Disability’ said: “Mandela used to say that sport can change the world… In our case, sport has saved my daughter’s life”. I was also surprised with the social help they have achieved in Afghanistan, especially with girls who almost don’t have a voice in that country. Allowing a big group of girls to skateboard and giving them the chance to develop their sport skills.

Good food, good music and even better guests were brought together at the after party hosted at the Waldorf Astoria. Laughs and dance were present among guests such as Bill Murray (who I am a great fan of), Eric Cantona, Ruud Gullit and academy members like Edwin Moses and Nadia Comaneci.

The white lace dress designed by Ermanno Scervino I wore was the best choice to meet the expectations of the night and the other guests. I completed the look with Louboutin jewel sandals and a Margiela clutch. 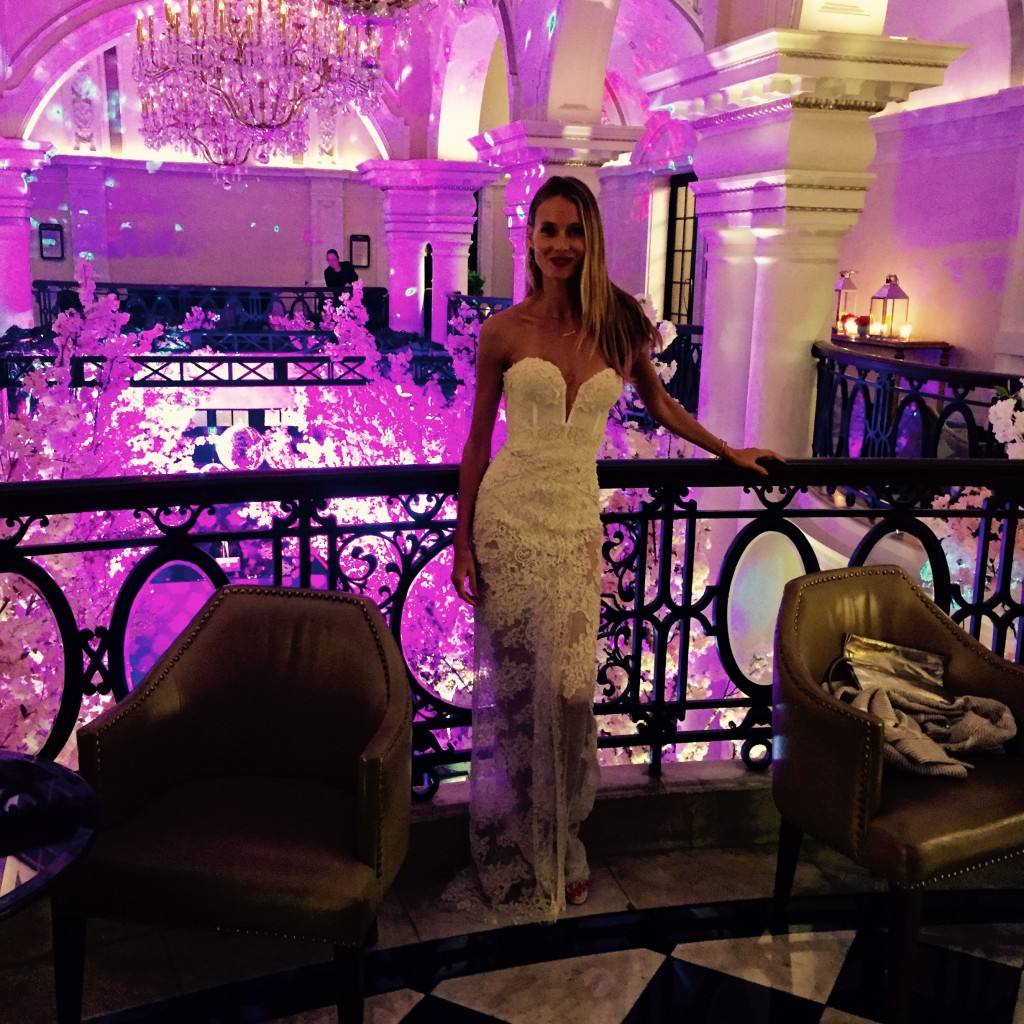 During my way back home, I thought over many things that let me with a certain state of alert. Shanghai is growing at breakneck speed, in a country of 1400 million inhabitants facing social and environmental challenges that not only affects them but also the rest of the world.